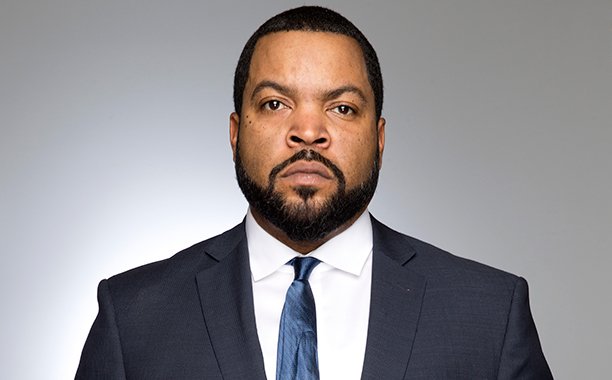 Ice Cube with The Lench Mob I got it goin on
A nigga that's livin in the city of the criminal zone
One time can't keep the law in order
Cos everybody's goin crazy for a quarter
You're tuned in to the number one crew in the area
The way I'm talkin I'm scarin ya
I'm darin ya to raise hell and bail and brag and sag
Or beat down for ya flag
Cos if you is or you ain't a gangbanger
Keep one in the chamber
Cos you'll get them thangs put on ya son
Ice Cube has got the 4-1-1
All the ol' school house fellows are crooks
So I get jealous looks
They keep thinkin did my hair grow?
Will the boys 'n' the hood have to beat down Ice Cube?
Hell no, I'll static son, you'll see it's okay
I keep my 9 anyway
For the day one of my homies wanna squab
I'm still rollin wit The Lench Mob

Back in the day I dip my shirt in dirt
Sometimes I got away clean, sometimes people got hurt
But if you know me, you know that I'm liable
To bust a cap cos it's all about survival of the fittest
I'm a menace crook
I did so much dirt I need to be in the Guinness Book
From the shit I took from people
I reap all your fat shit, jack
Back to the criminals sect
I leave crew after crew but they can't catch me yet
Cos I'm slick as slippery
They can't get wit me, cops ain't shit to me
I can't dig a pig so I drop the dogs
And sweat em like sweathogs
And get mad, mad cos I'm the nigga that flaunt it
AmeriKKKa's Most Wanted

Aiyo, here's what the poster read:
'Ice Cube is wanted dead'
That's all it said
I put heads to bed and fled the scene wit all the green
Hear shots and si-reens
When I feet first they yo' rings, now they my rings
So give it up punk and then I just
Put another jack in progress
It's the American way
Cos I'm the G-A-N-G-S-T-A
Ice Cube - a motherfuckin clepto
And tried to catch the early bird but they slept, so
Who gets the worm?
And if I'm caught in a trap
You know I'ma beat the wack
With a payoff, cop gotta lay off
FBI on my dick, stay off!
I'm not a rebel or a renegade on a quest
I'm a nigga with a 'S' on his chest
So get the Kryptonite cos I'm a rip tonight
Cos I'm scarin ya, wanted by America

(Aiyo Cube man, they on your ass)

Word, but who the fuck has heard?
It's time to take a trip to the suburbs
Let em see a nigga invasion
Point blank for the caucasian
Cock the hammer then crackle, smile
Take me to your house, pal
Got to the house, my pockets got fat, see
Crack the safe, got the money and the jewellry
Three weeks later, I'm at the P-A-D
Had a little fly ass bitch wit me
Sittin in a dig, yo it couldn't be
(Whattup G?) Saw my face on TV
Damn (oh shit!) I didn't know I lucked out
Struck out, I gotta get the fuck out
Pack my bags and tried to hit the dough when
The ol' bitch down the street must've turned me in
Cos the feds was out there ten deep
I got hassled and gaffled in the back seat
I think back when I was robbin my own kind
The police didn't pay it no mind
But when I start robbin the white folks
Now I'm in the pen wit the soap-on-a-rope
I said it before and I'll still taught it
Every motherfucker with a colour is most wanted